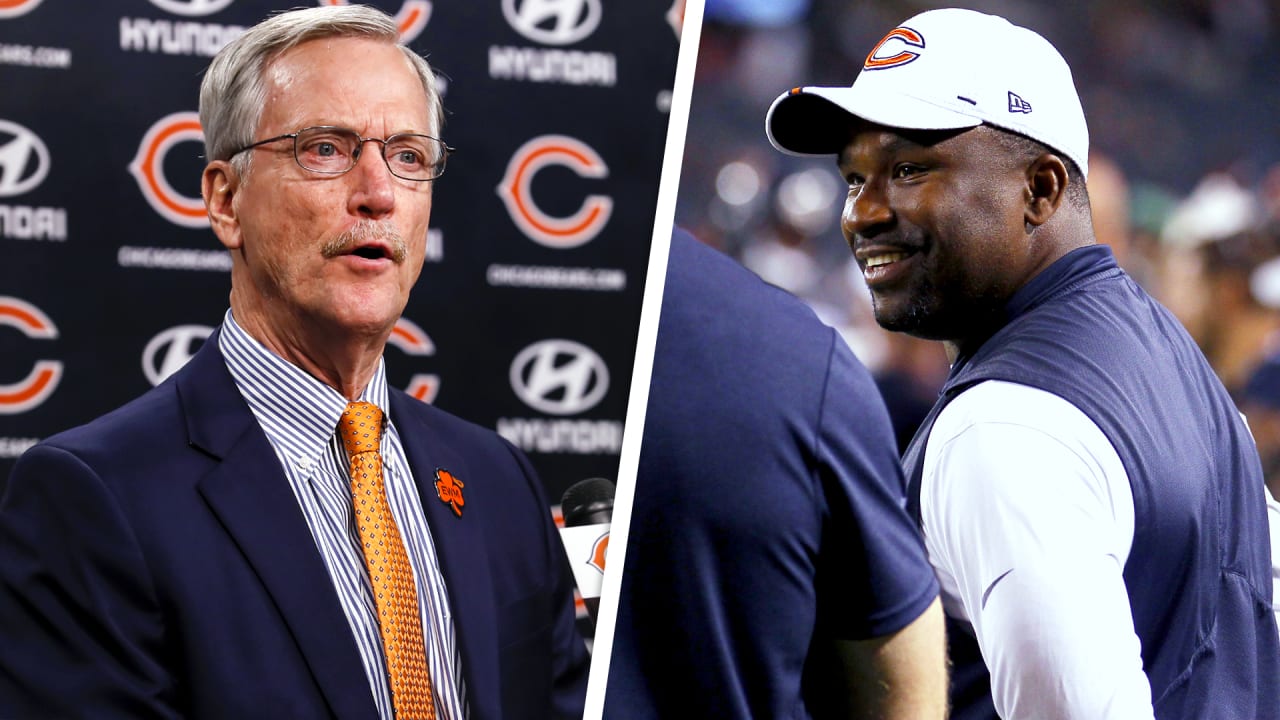 
The virtual event, which was held in partnership with the Black College Football Hall of Fame, invites NFL and NCAA general managers, head coaches, positional coaches/coordinators, administrators, and personnel to participate in panel discussions, training sessions, and video interviews with hiring personnel from team clubs.


With the NFL being committed to achieving a diverse and inclusive workplace, the aim of the Quarterback Coaching Summit is to identify and strengthen the coaching and personnel development pipeline for experienced Black coaches on the offensive side of the ball.


Participants—including Kelly and Bears quality control coach Henry Burris—were given the opportunity to network and gain valuable insight from some of the most accomplished individuals in the NFL.


McCaskey was asked about the advice he would give someone who's interviewing for an NFL head-coaching position.


"I would say three things," McCaskey said. "First, be yourself; don't try to be what you think [teams are] looking for because if you do that, first of all, the other people in the room are probably going to see through that. And even if you did pull the wool over [their] eyes, it might wind up being a bad fit if you're not being yourself.


"Secondly, you should be interviewing [the team] as much as [the team is] interviewing you. Now, you might say, 'That's a difficult proposition because I'm trying to sell myself.' But over the course of several hours, you should be able to get in enough questions where you can determine whether, if the position is offered to you, you want to accept it. And if you don't have enough time, you should ask for that time to make sure that all of your questions are answered.


"No. 3, what should [you] do if [you're] offered an interview that [you] know is just a 'check-the-box' interview? I would say take every interview opportunity you are given, even if you are convinced that the team interviewing you is just going through the motions. Get that experience. Get in the building. Get in front of the people. And it's just like anything else: You're going to become a better interview candidate the more opportunities you have to practice."


Kelly, meanwhile, conducted his own 30-minute session, providing valuable information about pro scouting. He joined the Bears in 2015 after spending the previous eight seasons in the Broncos personnel department.


"Most teams, rightfully so, are committed to building through the draft," Kelly said. "But pro scouting roles are not diminished. We are kind of the catch all of the scouting department. We are in the building every day and we form significant relationships with the coaches, with other scouts, with the trainers and everyone else in the building. We're there strictly to complement the process. Oftentimes, pro scouts are the first line to really understanding the type of player that the coaches want."


During his session, Kelly broke down pro scouting into five buckets:


Kelly described preseason scouting—the evaluation of players throughout the NFL who could become available following the league's mandatory 53-man roster cutdown—as "one of the most vital times of the season for a pro scout."


"I have this shirt that says, 'Grind in the dark so that you can shine in the light,' and preseason scouting kind of signifies that particular grind," Kelly said.


The process of evaluating future opponents resonates with Kelly, who played receiver and defensive back at Kentucky before serving as a player, coach and executive with the Kentucky Horsemen in the United Indoor Football league.


Self-scouting following a team's season is key to future success. It helps set up free agency and the draft, determining needs. Kelly says that it's a time to reflect and "to evaluate your own players with that absolute truth."


"I have seen teams make huge mistakes by not being truthful in how they evaluate their own players," Kelly said.


Kelly described free agency as the aspect that is most associated with pro scouting. It begins with an evaluation process during which scouts rank players with expiring contracts throughout the NFL.


"Ultimately, what we want to do is pare all these players down," Kelly said, "so that when we give our coaches the players to evaluate, we're giving them realistic targets."


"My advice to them is for them to always be available during this time," Kelly said. "Finish your pro work so that you can be available to help the college scouts. I think it's vital for pro scouts to know what's coming into the league."
You must log in or register to reply here.
Share:
Share
Top