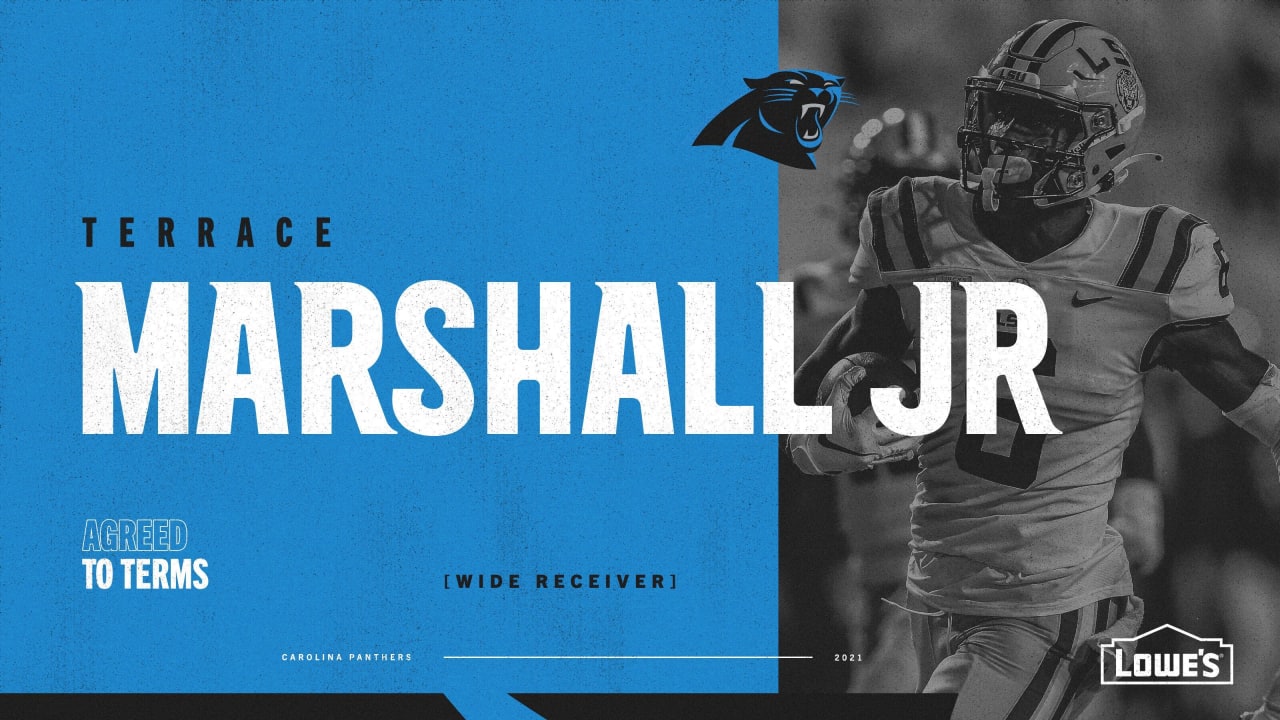 CHARLOTTE — The Panthers had a detailed scouting report on LSU wide receiver Terrace Marshall Jr., now they have his contract taken care of.


The second-rounder from LSU (taken 59th overall), was well-known to Panthers offensive coordinator Joe Brady, after putting up big numbers in a star-studded cast for the 2019 national champions.


"Not too many people are 6-2, 200-plus and run a 4.3, and are able to make plays on the ball like Terrace does," Brady said. "When the ball's in the air, Terrace always finds a way to come down with it, and I think he showcased that every time he was on the football field. Not a lot of games but a lot of production.


"There's not a player that works harder and is more dedicated to his craft than Terrace."


The Panthers have a solid starting group of DJ Moore and Robby Anderson, but Marshall should be in the mix quickly, and give them another big target who can make plays downfield for Sam Darnold.


He's missed some time this offseason recovering from some previous injuries, but they anticipate he'll be ready to go by the start of training camp.


With his deal taken care of, the Panthers have contracts with nine of their 11 draft picks, with only third-rounders Brady Christensen and Tommy Tremble left to finish before training camp.
You must log in or register to reply here.
Share:
Share
Top