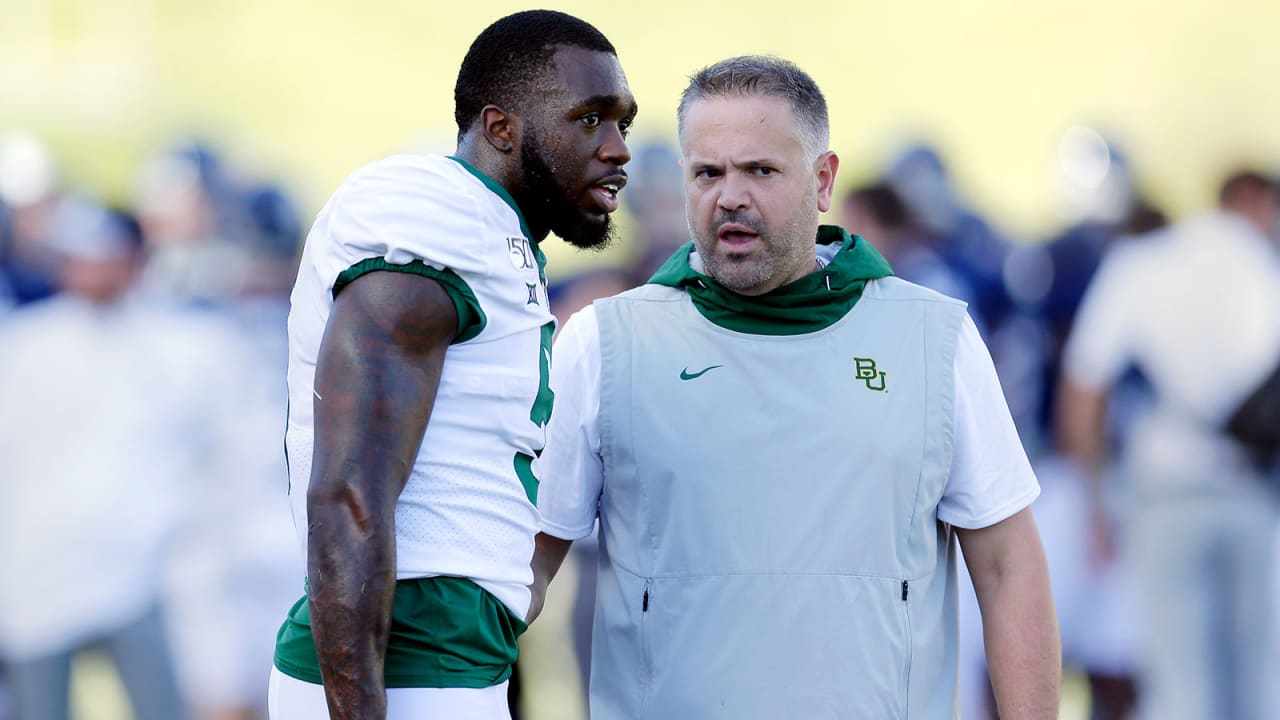 MOBILE, Ala. – As former Baylor standouts Denzel Mims and JaMycal Hasty competed during the North Squad practice at the Senior Bowl, their former head coach looked on proudly knowing he had helped prepare them for this moment.


Matt Rhule, who left Baylor to take charge in Carolina, observed from the sideline with a Panthers logo on his chest and new colleagues by his side. Mims and Hasty are now chasing their own NFL dreams with evaluators taking notes at every turn.


"Coach Rhule prepared me very well," said Mims, a 6-foot-3 wide receiver. "He matured me. He helped me on and off the field to grow into a man. He got the best out of me, and I thank him a lot for that."


Hasty and Mims joined the Bears program in 2016. Hasty was a highly-recruited prospect and Mims was more under-the-radar. They walked into a program that was reeling following the termination of head coach Art Briles.


Rhule took over in 2017, and he inherited a massive rebuilding project. The players needed guidance.


"He believed in me more than I believed in myself at one point. He picked me up when I was at my lowest," Mims explained. "He was there for me and told me I could last in this game."


Mims emerged as a star for the Bears in his three seasons with Rhule, posting 182 catches for 2,901 yards and 28 touchdowns over that three-year span.


Hasty was a dependable back who didn't put up huge numbers, but was a big part of the team's turnaround.
You must log in or register to reply here.
Top