Cardinals&#039; Offensive Line Believes It Is Better Than Advertised 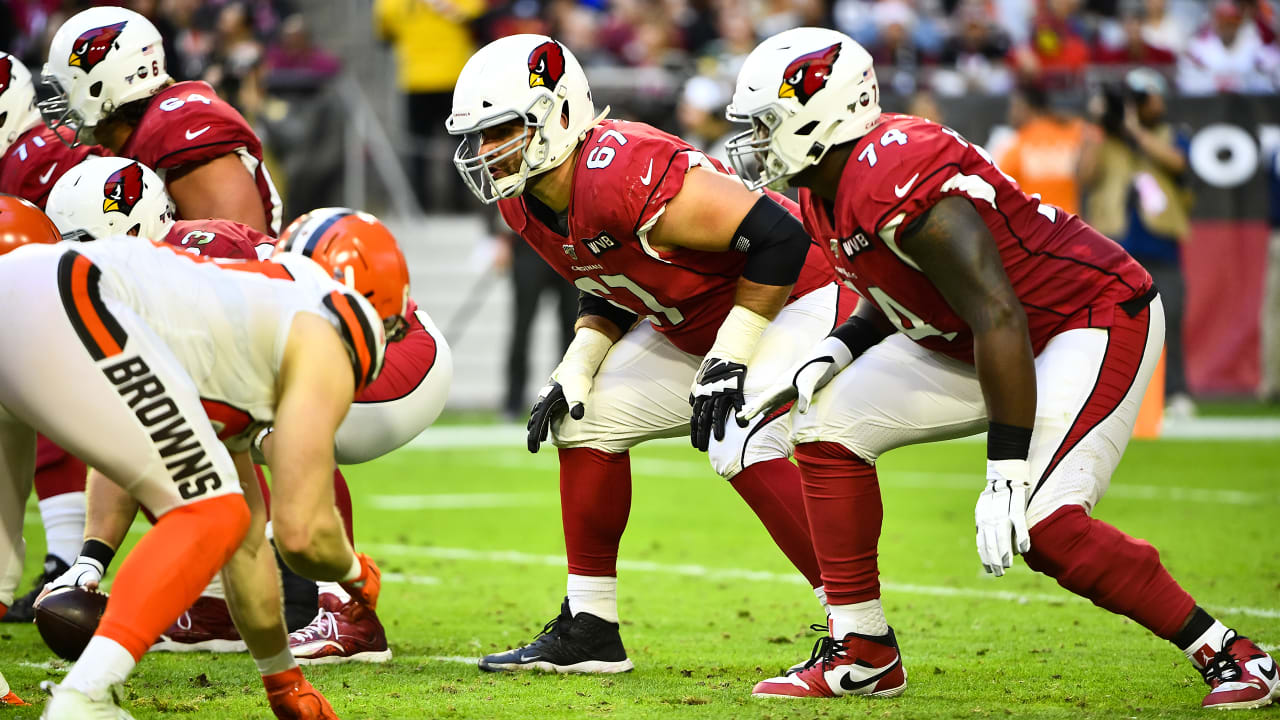 D.J. Humphries knows the perception of the Cardinals' offensive line is not great.


Some of that is self-inflicted, as the group struggled in 2018 and then allowed 20 sacks in the first four games of 2019.


Since then, though, the Cardinals left tackle and his brethren have found a groove. The protection improved as last season went along – allowing 30 sacks in the final 12 games -- and the rushing attack set a franchise-record in yards per carry.


The narrative never quite changed alongside the performance, but Humphries believes there is an easy way for critics to get on board.


"Turn on the film," Humphries said. "The gist around our building for awhile has been that the reason our offense was doing (well) was the offensive line. It's going to take a couple years of proving people wrong to realize it is what it is. We were in the top-5 in most of the rushing categories. You talk about the progression from the year before last to last year, just tell them to turn on the film, and watch it from Week 1 to Week 17. They'll see the progression."


The group saved its best for last. In the final three games of 2019, the Cardinals racked up 183.3 rushing yards per game at 6.0 yards per carry and their quarterbacks were sacked a total of three times.


Small sample size caveats apply, but if this offseason was any indication, the Cardinals' brass is optimistic about the group's ability to build on that.


General Manager Steve Keim could have made a change at either tackle spot in free agency, but both Humphries and Marcus Gilbert were re-signed. Despite three blue-chip offensive line prospects on the board at No. 8 in the draft, Keim went with linebacker Isaiah Simmons.


Center Mason Cole is projected to be the only new starter on the line – Justin Pugh and J.R. Sweezy return at guard -- but he's not new. Cole started every game in 2018 and was a valuable sixth man fill-in last year. The unit is excited to have so much continuity heading into 2020.


"It seemed like the first three, four, six games (of 2019), we were trying to figure out what our identity was going to be," Cole said. "As we started to find that, we started to really click. I think that's huge for our momentum going into Year 2, and with a lot of the same guys in the room, I think that's even bigger."