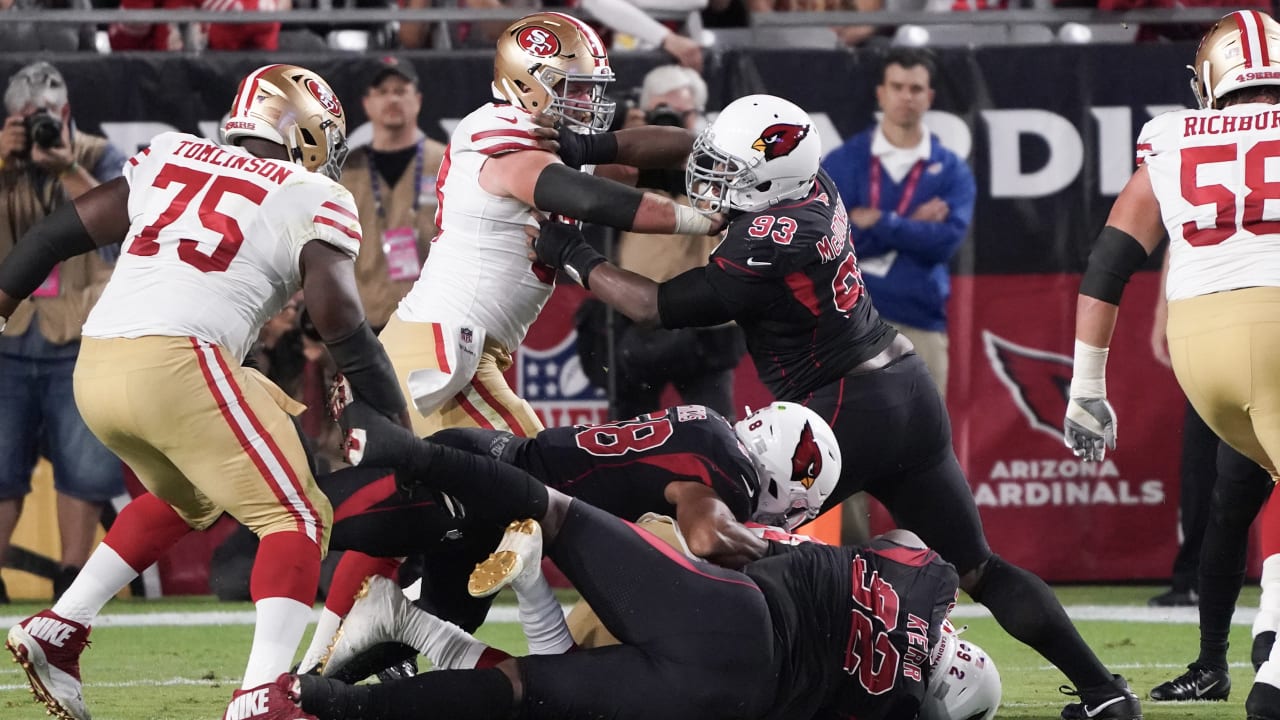 His three-week window from practicing about to close, offensive lineman Max Garcia was elevated from the physically-unable-to-perform list to the roster Wednesday by the Cardinals, with defensive lineman Clinton McDonald going to injured reserve.


McDonald, who hurt his neck against the 49ers, is done for the season.


Garcia had been on PUP while recovering from an ACL tear suffered late last season while he played for the Broncos. With starting right tackle Justin Murray dealing with a knee injury himself, the Cardinals had moved starting left guard Justin Pugh to right tackle against the 49ers last week, with Mason Cole starting in Pugh's place at guard. If Murray can't go again, Garcia could be the main backup for the interior positions against the Buccaneers.


McDonald, signed as a free agent prior to the start of the regular season, appeared in all nine games, playing 122 defensive snaps total. He was credited with eight tackles.