Cardinals Fall Short Against Buccaneers In Reunion With Arians 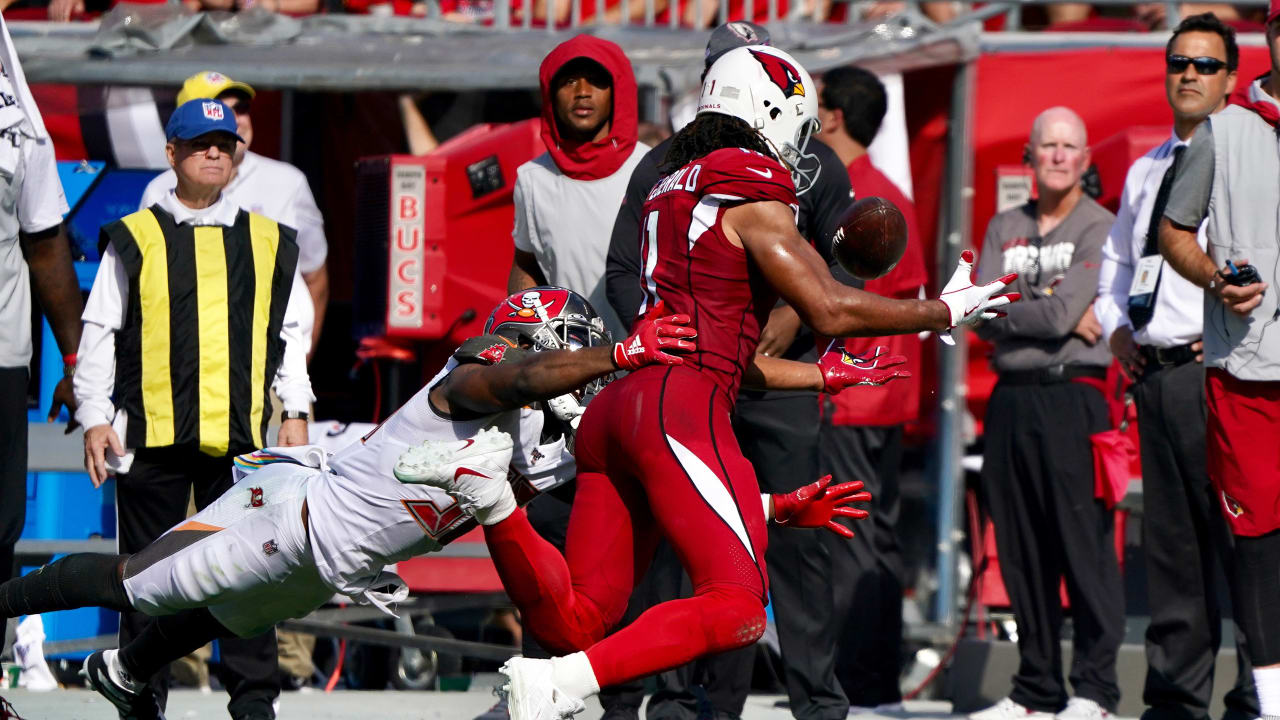 Kingsbury said it was a bad play call, but Murray immediately disputed that.


“I shouldn’t have thrown it up, knowing we had a field goal to make it seven points,” a frustrated Murray said. “Honestly, when I threw it, I thought there was no way in hell he’d pick the ball off.”


The pick ended Murray’s streak of 211 straight passes without an interception, breaking the NFL rookie record by the Cowboys’ Dak Prescott. The timing proved painful.


The touchdown drive that proved to be the Bucs’ game-winner covered 92 yards, aided by a 49-yard catch by Chris Godwin on the first play and two pass-interference calls. The second was the one covered in controversy.


On second down at the Arizona 13, rookie safety Jalen Thompson stumbled and fell, taking out the legs of Bucs wide receiver Mike Evans. No flag was thrown, but with the game in the final two minutes, the league decided on a booth review.


After the review, the pass interference was called, giving the Bucs the ball on the 1, where they scored a couple of plays later.


“We just stumbled over each other a bit,” Thompson said. “I didn’t even know what route he was running or what he was doing. … It’s just frustrating to lose in general. That play is on me. I need to play it better, and not fall.”


Kingsbury acknowledged he was didn’t expect an overturn.


“They didn't call it here, so to call it in New York (was surprising),” Kingsbury said. “The explanation I got was he fell into the back of his legs, so that's where it's at. That's a tough one."


Murray still had 1:43 left on the clock to try for a tying field goal, but the drive never got going as Murray was forced to scramble a couple of times. Then, facing a fourth-and-5 after a 2-yard dump pass to running back Kenyan Drake, the Cardinals burned up almost 40 seconds before getting a play off.


“We didn’t have the sense of urgency we probably (should),” Kingsbury said. “We just have to have a better feel when the clock is running.”


The missed chances spoiled Kirk’s best game (6 catches, 138 yards) and a rediscovery of Larry Fitzgerald (8 catches on 8 targets for 71 yards, including an amazing fourth-down one-handed snare.)


Kingsbury went for it on fourth down three times, and the only fail was Williams’ drop. One connection was a fake punt that featured Ezekiel Turner and Trent Sherfield moving the ball eventually to punter Andy Lee, who found Pharoh Cooper for a 26-yard pass on fourth-and-11 from the Arizona 36. That led to Kirk’s third touchdown.


“There were so many things in that game where we’d say, ‘That could’ve been better,' ” Kirk said.


“We just have to be better,” Murray said.