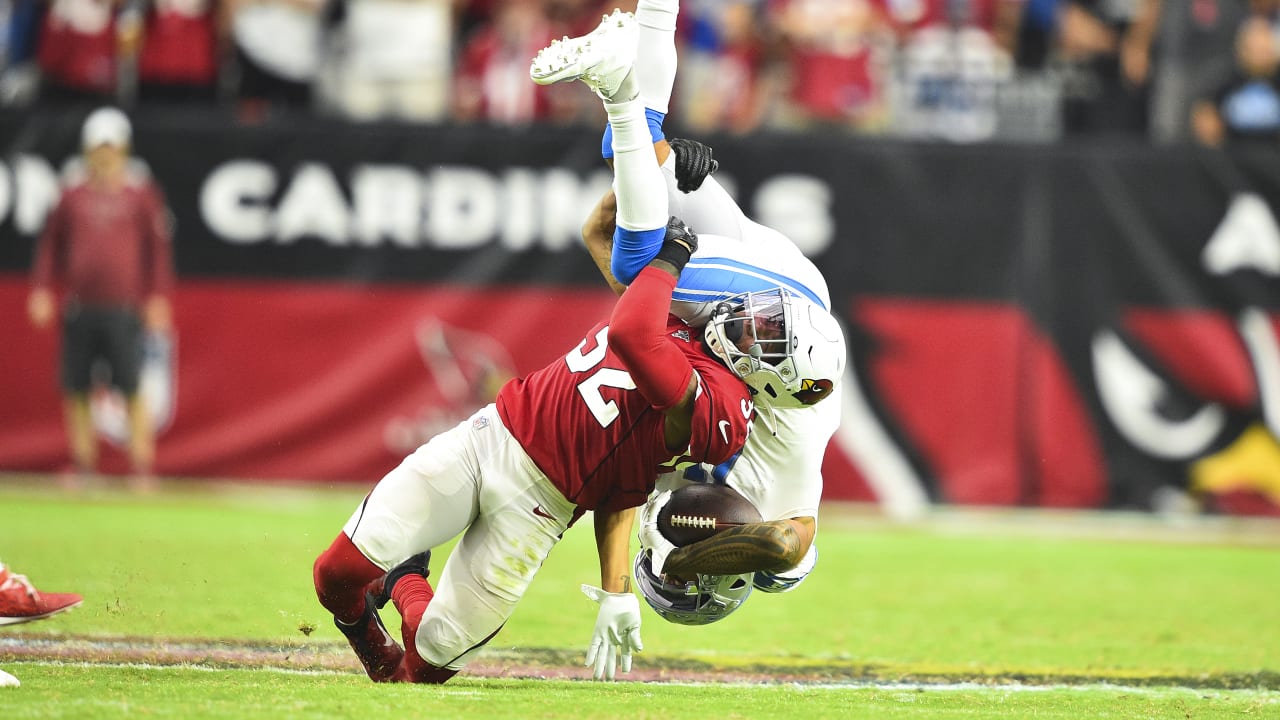 With July here and training camp scheduled to start soon, azcardinals.com will take a look at the Cardinals' individual position groups during this quiet time in the NFL, and give our opinions about where the groups stand prior to camp. Today, defensive backs.


The secondary struggled last season, as injuries, suspension and ineffectiveness took their toll, but there is optimism for a turnaround in 2020. Peterson and Baker lead the way as a pair of Pro Bowl-caliber talents in the secondary. Alford is a critical piece as he aims to solidify the No. 2 cornerback role after missing last season with a broken leg. Murphy struggled as a rookie but should be more comfortable at nickelback in Year 2. Thompson impressed after being chosen in the supplemental draft and will aim to build on that in his second season. Banjo was re-signed this offseason, and should at least be a key piece on special teams, with the goal of finding a defensive role.


Deionte Thompson was drafted in the fifth round last season but Jalen surpassed him on the depth chart. Deionte is in line to make the team as a backup safety but has to earn it. Jones and Kevin Peterson are the favorites to nab the backup cornerback spots, while Washington will push for a roster spot based on his special teams prowess. Davis and Lewis are among a bevy of cornerbacks who will aim to impress in camp and make the team.


The depth isn't great, so it wouldn't be a surprise if the Cardinals added to the group, especially at safety. While Jalen Thompson showed promise, a contingency plan would be helpful if he doesn't blossom. The Cardinals dealt with a lot of cornerback attrition last season and that was evident on the field. GM Steve Keim will always be on the lookout for upgrades there, but positional scarcity makes it a tough spot to fill.