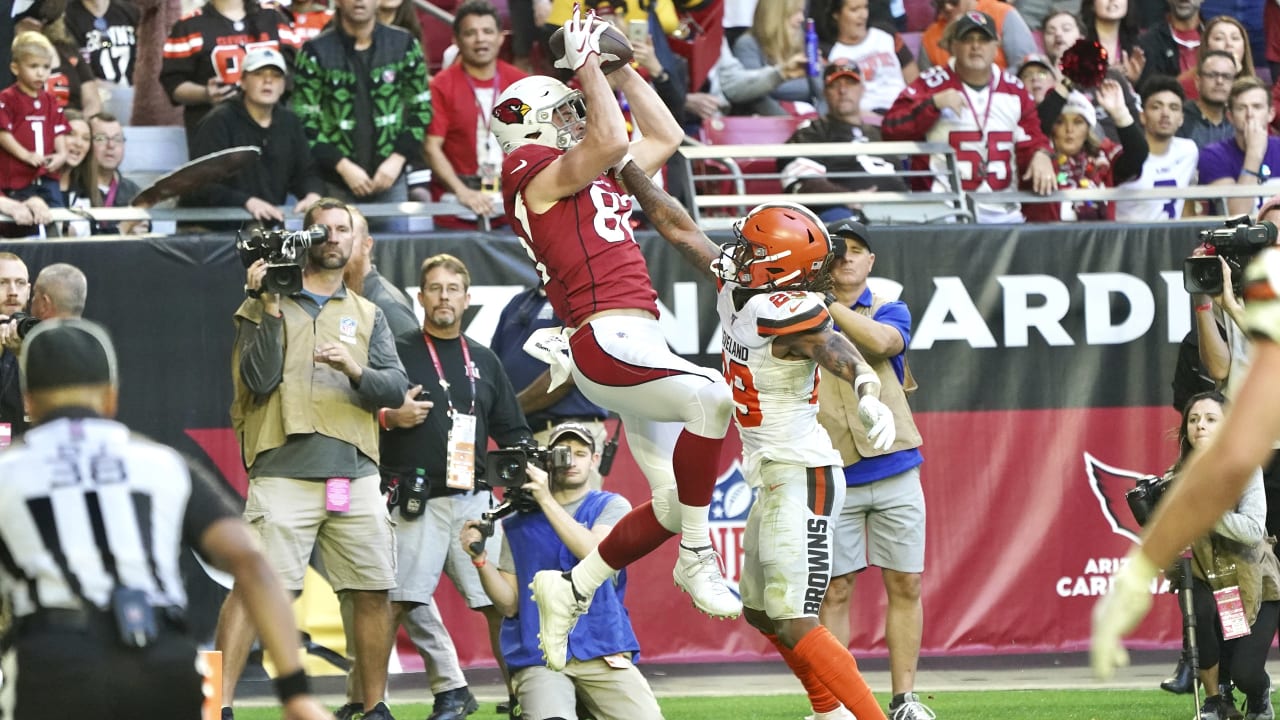 With July here and training camp scheduled to start soon, azcardinals.com will take a look at the Cardinals' individual position groups during this quiet time in the NFL, and give our opinions about where the groups stand prior to camp. Today, tight ends.


When Kliff Kingsbury first arrived, one of the big questions was how he might deploy his tight ends. Williams, who was a former second-round pick after all, was solid and earned a contract extension during the season. That was an underrated development. So too was the waiver claim of Arnold, who impressed coaches late in the season and is a guy at 6-foot-6 the Cards feel can be a consistent threat in the red zone.


This position hinges somewhat on what Kingsbury sees as his offense in its second year. If he wants to push the four wide-receiver look more often, fewer tight end snaps are needed. Daniels has been the guy to nab a spot of late and may have the inside track again. Cantrell is an interesting case, a former wide receiver for Kingsbury at Texas Tech who will be attempting to make the position change for Kingsbury on the NFL level.


It'll be interesting to see how many transactions that don't have to do with injury or illness that actually could take place. There is room to upgrade the position, but the Cards probably have the guys they can work with right now assuming the rest of their offensive weapons perform as expected.