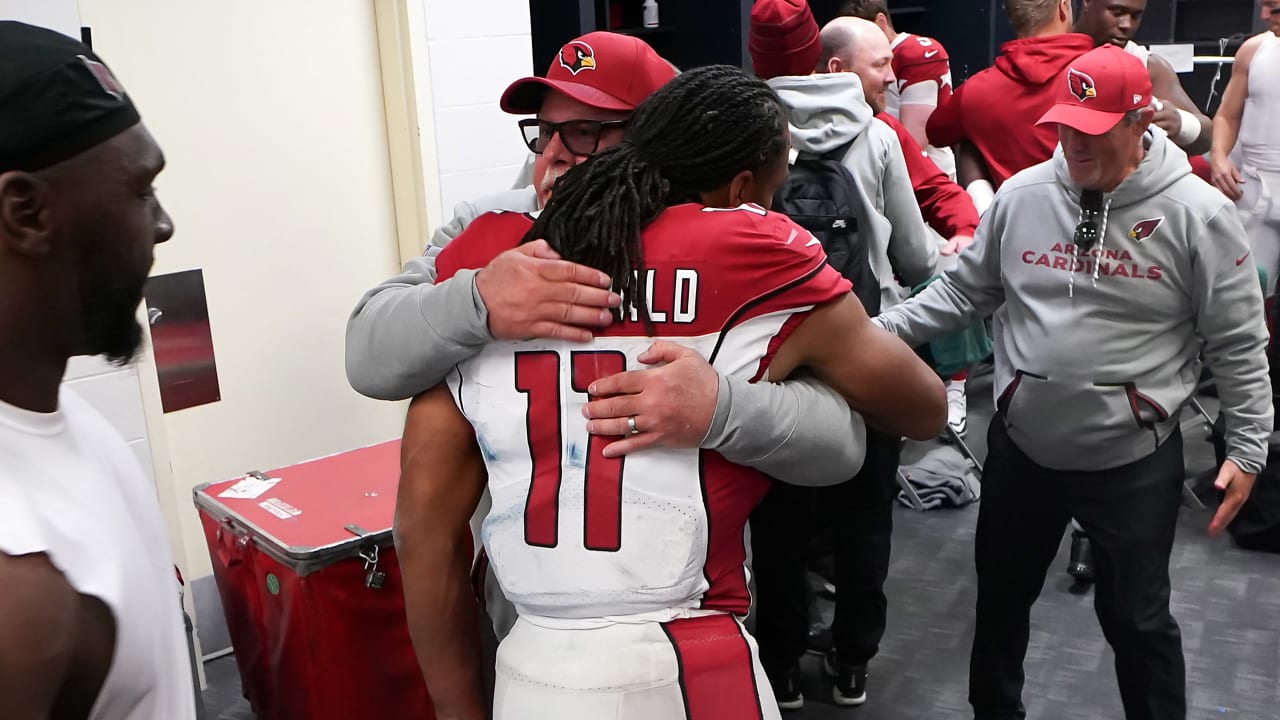 “The time we spent off the field, of course, speaking his mind, getting to know him as a man,” Fitzgerald added. “I really appreciated the knowledge he imparted on me. He helped me a great deal. He solidified my career on the back end. I will always be in debt to him.”


-- Arians told the story about Fitzgerald jumping on him at the end of his final game, injuring the coach to the point where Arians needed rotator cuff surgery. Arians joked to the media Fitz owed him a car. Arians said there was a Mercedes convertible in his driveway, with a big red bow attached, courtesy of the wide receiver.


-- Running back David Johnson recalled getting chewed out, talking about a Thursday night game against the 49ers in which he had 157 yards rushing and two touchdowns, but Arians wouldn’t give him a game ball because he had a fumble and a near-fumble.


“When I thought I did something well, had a good game, he was the one, ‘Well, you missed a couple blocks, you dropped a ball,’ ” Johnson said with a laugh. “That’s my memory of B.A. He’s never satisfied, and he’d let you know.”


-- Safety Budda Baker said because Arians wouldn’t allow music at practice, the players would try to sing a capella. And Baker definitely remembered Arians’ policy of stretching on your own.


“My rookie year, he was like, ‘If you are walking down the street and see a pit bull, are you gonna stretch first and then run, or just take off?’ ” Baker said. “We starting laughing. He said, ‘That’s why we don’t stretch.’ ”


Arians said he’d rather not play a game against friends, but added that Sunday will still be fun. His former players know how the Bucs will prepare, because they’ve been through it.


“He made us better, man,” cornerback Patrick Peterson said. “When you have a coach like that who knows how to push certain buttons and know how to get the best out of his players, you’ve got something special.”