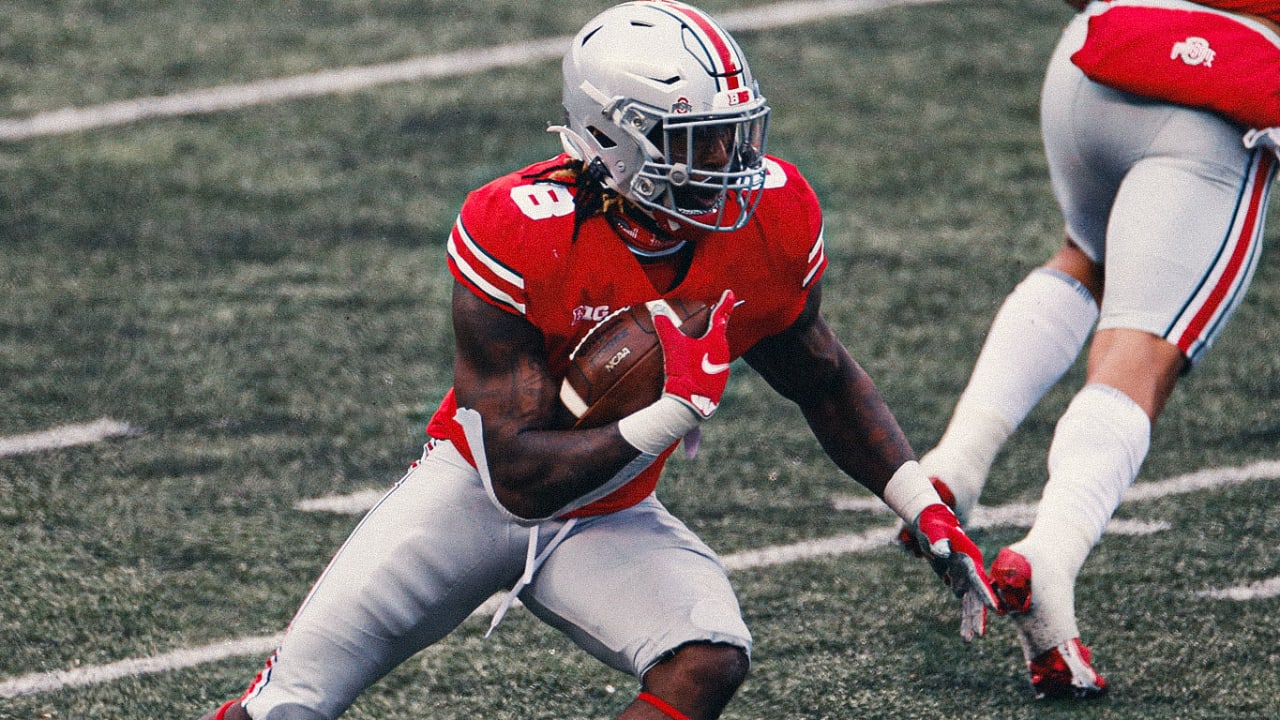 The 49ers assembled a 2021 NFL Draft class designed to add quality and depth to an already talented roster. Selecting its members was fun and filled with fanfare, allowing 49ers faithful and the players taken to celebrate in style throughout the three-day event.


That party's over. Now it's time to work.


That starts soon, with the newest 49ers reporting to the team facility next week for rookie minicamp. Head coach Kyle Shanahan and his staff will start integrating them into the roster and 49ers schemes during that session, before they join veterans already in the offseason program.


These draft picks will have an advantage establishing themselves on the depth chart because the 49ers didn't just draft raw talent. They found solid scheme fits. That was the case throughout the class, from quarterback Trey Lance at No. 3 overall to running back Elijah Mitchell at No. 194.


Let's take a look all eight draft picks and how they fit with the 49ers:


How Trey fits: Lance is a transcendent talent capable of doing most everything well. He has a cannon arm. He has great mobility and evasiveness inside and outside the pocket. He's incredibly smart, both in absorbing information and making on-field decisions. Lance has operated extensively under center, which should make his transition working into Shanahan's scheme a lot easier. Lance can operate well as a pocket passer, but his athleticism should add dimension to what the 49ers can do offensively and make them incredibly difficult to defend. Exactly when he'll join the starting lineup remains uncertain considering his relative inexperience. Jimmy Garoppolo's presence also means he won't be rushed, allowing him to develop at a reasonable pace outside the spotlight. When Lance is deemed ready, he'll step in and lead this team well.


Straight from the source: "When you watch the film, you see such a true quarterback in every aspect of how he plays. Then you meet and you're like, 'Man, this guy doesn't have to be a quarterback. He can go be a CEO of some company.' That's a huge compliment. It's a very impressive thing to watch the skill set he has, just how intelligent he is, how he handles himself. Then to know how he relates to all his teammates, just going up [to North Dakota State] and watching how his teammates talk about him, how they gravitate around him, watching some of them interviewed on TV. You can tell he's going to impress a football team. He'd also impress a company. He's going to be impressive in whatever he's in." – Kyle Shanahan


How Aaron fits: Banks is bigger than your standard 49ers guard at 6-foot-5 and 325 pounds, but don't let his size fool you. The man can still move. That will be important in Shanahan's running scheme, where guards are required to run and make vital blocks in space. Banks loves contact and aggressive play, which should help running backs find room in the 49ers zone rushing scheme. There's no doubting he can protect the passer, with top-flight skills forming and maintaining a pocket. Banks should have a shot to start at right guard as a rookie, and team up with fellow Notre Dame alum Mike McGlinchey along the right flank. That could allow Daniel Brunskill to be a swing man backing up center Alex Mack and both guard spots. If Banks isn't quite ready, Brunskill can start at guard without issue.


Straight from the source: "You've got to have certain guys to run a certain type of scheme that can move well. You don't want them small. You just want guys who can move well. So, you've got to be able to move a certain way to kind of, as I say, be in the club for us to want you. But, once you show you can move that certain way, we want the biggest guy possible. Just usually it's hard to get those guys because they go pretty early and we just haven't been in a situation where we can take a guy like that.


"And to be there in the second round and for him to fall to us where we were picking, we felt he was the mover that we wanted. The size and everything was much more of a bonus. It's not just the size, but it's the way he plays. That's what I liked the most, his physicality, his demeanor, kind of his mindset with how he carries himself. So, I felt very fortunate to get him and I'm pumped he's a Niner." – Shanahan


How Trey fits: It's easy to see how Sermon's skill set will work within the 49ers rushing attack. Why? Ohio State ran a similar scheme. Sermon's a powerful and violent one-cut runner well versed in the zone rushing system. He has great short-area quickness, with the ability to run around or through defenders with a ball in hand. That's why the 49ers traded up to get him and add Sermon to the running back rotation. He should make an immediate impact working with an already talented group featuring Raheem Mostert, Jeff Wilson Jr., Wayne Gallman Jr. and JaMycal Hasty. Sermon's also important to the position's long-term outlook, with the aforementioned veterans all set to hit free agency next season.


Straight from the source: "You look at our backs in the past and I think one common element is the speed. And you may look at his 40 time and say he doesn't really fit, but sometimes 40 times can be deceiving. I think what speaks to us is that his [10-second split] time was very good. And you can see that burst. You see that ability to stick his foot in the ground, break tackles and hit it in a hurry. And then he's very adept at making the free safety, the second-level defender miss and he's really good out of the backfield in the pass game as well. I think he's a good fit for what we do." – 49ers GM John Lynch
You must log in or register to reply here.
Share:
Share
Top