Inbox: It all starts over, again 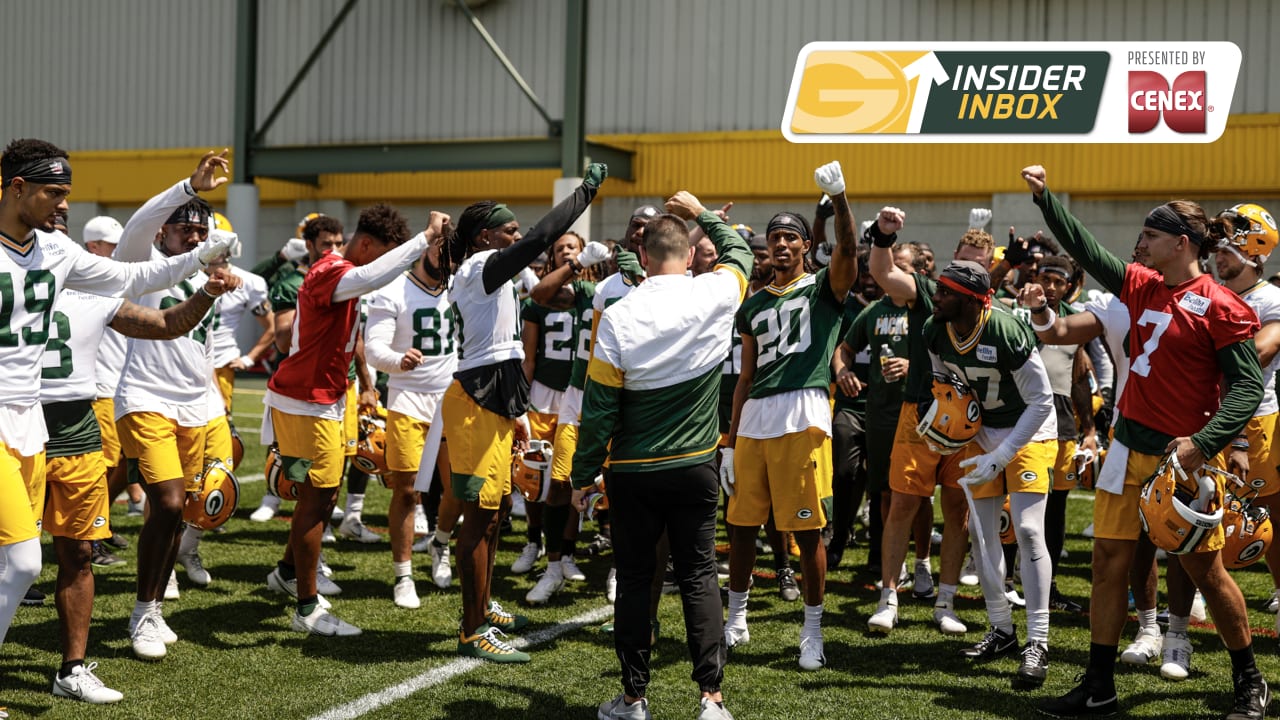 
What will be the biggest obstacle the Packers will have to overcome this season?


Putting aside the QB situation for the moment, and rather than say good health (which is generally a knock-on-wood deal anyway), I'd point to embracing the grind. A team that's been to the conference title game twice in a row, right on the cusp of the Super Bowl, wants another shot, obviously. But there's so much work that goes into getting that shot, from the start of camp through 17 games. You have to earn the playoff spot and the best possible positioning. It all starts over, again, and that can be a major mental hurdle for a team that's been so close.


So, who takes the pictures of Evan Siegle taking pictures?


How's Josh Jackson looking. Does he have a place in this defense?


It's pretty clear the top four cornerbacks on this roster are Jaire Alexander, Kevin King, Eric Stokes and Chandon Sullivan. But they'll keep six if not seven on the 53 following camp, and Jackson is squarely in the mix to be that next guy. He, Stanford Samuels, Shemar Jean-Charles and Kabion Ento all have had their moments in the workouts we've witnessed. We have not seen Ka'dar Hollman practice. It appears he has been rehabbing an unspecified injury.


"He's a complicated fella." I fail to see how that's controversial. Are we really at the point in the offseason that every quote is going to be twisted to make it a story?


If that's not a rhetorical question, then you must have hurt yourself falling off that turnip truck.


Why the PR move saying Love isn't ready and now he is awesome at practice? Do you all think we are dumb? What's up with the lying and flip-flop? Tell us how it really is.


We are. All the reports of Love's impressive practice last Wednesday were not some PR stunt. It was obvious to every media member in attendance he had a good day, which was reported, but I didn't hear anyone declare he's suddenly ready. He can have a good day at practice and still not be ready. Both can be, and are, true. If it comes to that, Love said he plans to be ready for Week 1, which is still three months away.


So some of the same players that will go to the extent of taking pain injections in order to stay on the field, are putting their (and other players') availability at risk by refusing to get vaccinated? It drives me nuts that the league won't just mandate vaxing for all players and staff.


Such a mandate would have required collective bargaining with the players' union, and that was a negotiation the league did not want to take on.


Which rival team is poised to make the biggest jump?


Minnesota's roster looks significantly stronger than 7-9 to me.


I don't think I've ever so looked forward to a preseason.


Dean from Leavenworth, IN


Good mourning Mike. Will the press have any access to practice during this final week of OTAs?


We get to watch one more day of practice, on Tuesday. Then that's it until training camp.


When does the dead zone officially start, again? I have a few questions I've been holding onto...


I know he's a fifth-round pick, and I need to check my expectations, but I can't wait to see T.J. Slaton in pads. If he turns out to be a two-down, two-gap, block-eating monster he could have as much impact on this defense as any other rookie this year. Am I nuts?


A little, but there's nothing wrong with tempered enthusiasm. Mark from Homewood, AL, also asked about Slaton. I'm curious to see what impact he can make, too, but as I've noted in previous columns, there's just no telling how a player will handle the transition from the college to the pro game in the trenches until it's real football.
You must log in or register to reply here.
Share:
Share
Top