Injury Report: WR KJ Hamler expected to practice in full ahead of #DENvsPIT 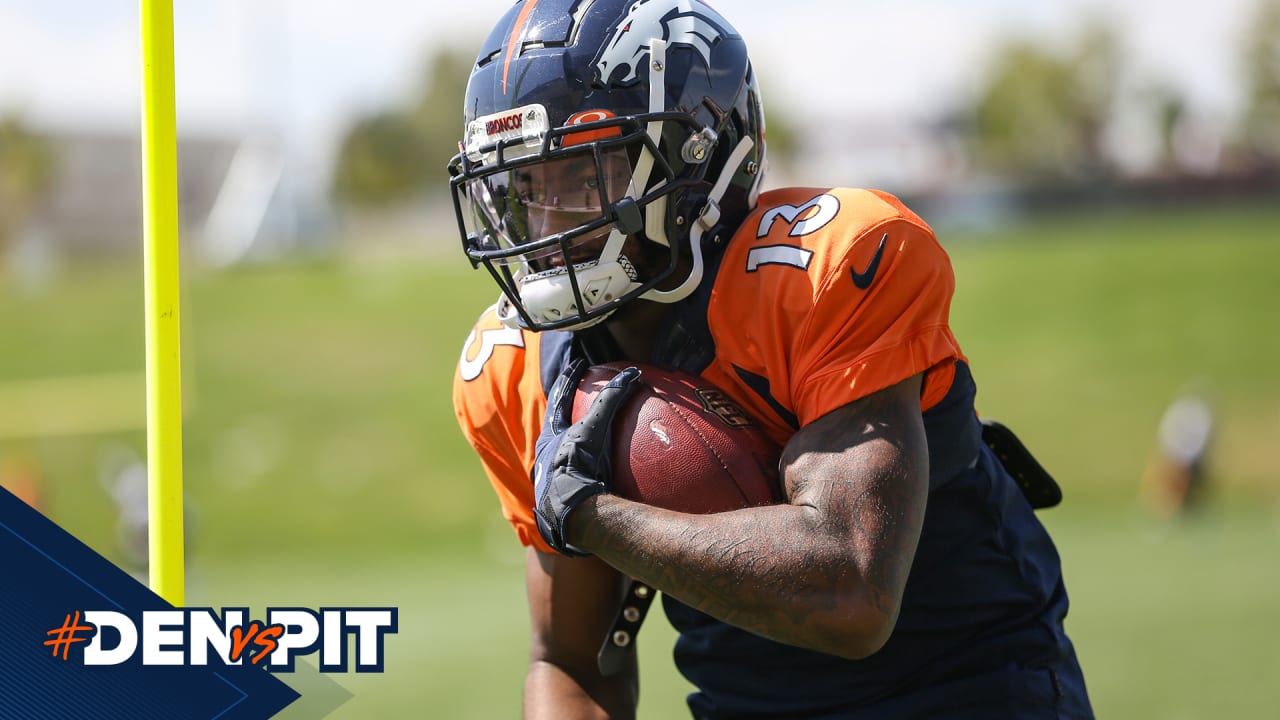 
Head Coach Vic Fangio said Tuesday that the team expects to "try to get him back acclimated into the offense" ahead of its Week 2 game against the Steelers.


Hamler practiced on a limited basis ahead of the Broncos' season opener and was listed as questionable before being ruled inactive. The wide receiver worked largely on the Broncos' "service team" last week. Fangio, though, expects him to be a full participant in practice this week.


The Broncos could also see wide receiver Courtland Sutton return to practice. The Pro Bowler has not practiced since suffering a shoulder injury on Thursday and did not play against the Titans.


"I think Courtland's making improvement," Fangio said Tuesday. "We'll see exactly what he does tomorrow. Hopefully by the end of the week he's doing more, and we'll see where he's at."


Fangio did not yet have updates on cornerback A.J. Bouye (shoulder) or running back Phillip Lindsay (toe), who both exited during Monday night's game.


"They're still doing the testing on them — the MRIs and seeing the doctors — so at this point do not have any updates," Fangio said.
You must log in or register to reply here.
Share:
Share
Top