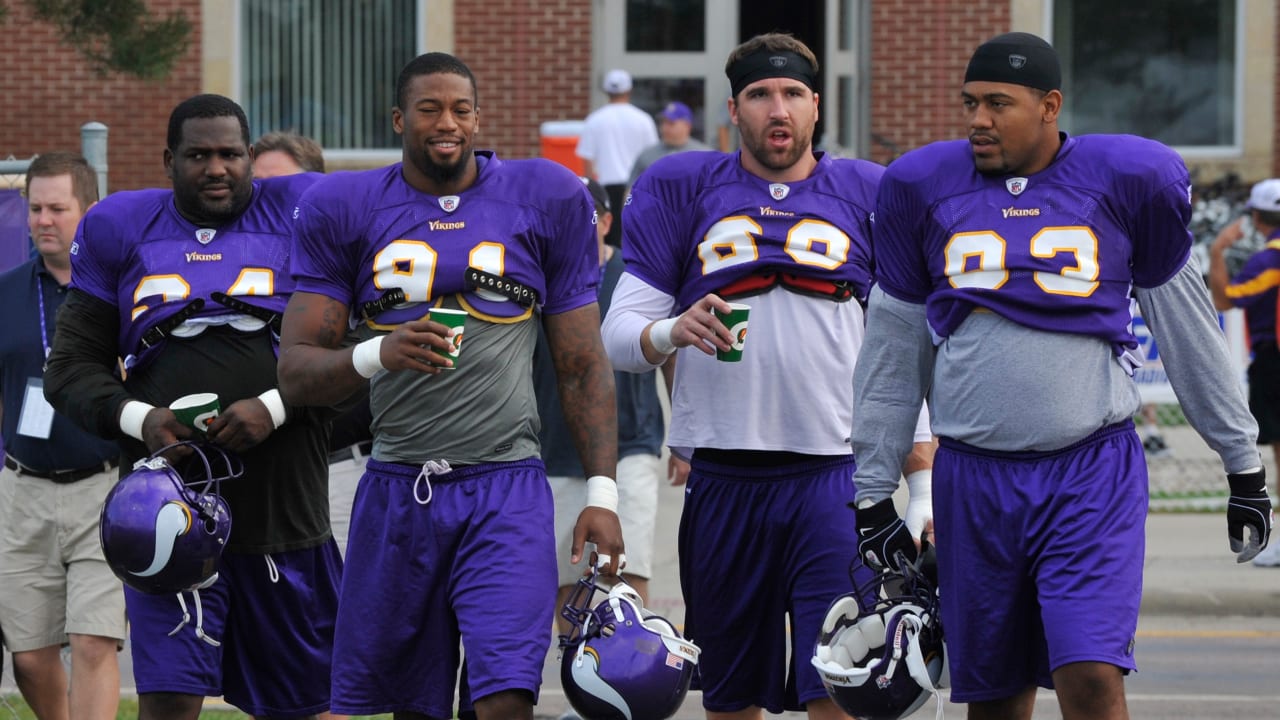 Pat Williams continued to live up to his boisterous reputation.


Added Allen: "I had to figure out ways to get my practice cut short like Pat did every day. … Pat loved training camp so much because he didn't have to work for the first week."


But leave it to the more even-keel Kevin Williams to offer the voice of reason, explaining why training camp was a valuable piece of every NFL season.


Rolling from the beginning


When the Vikings acquired Allen via trade in 2008, he joined a Minnesota defense that in 2007 ranked No. 1 in the NFL in rush defense but last against the pass. He became part of a stout defensive line anchored by Pat and Kevin, otherwise known as The Williams Wall, on the interior.


Kevin recalled going to dinner with Allen and said the group "meshed from the get-go."


"Then we showed up to camp, and it was business," Kevin said. "We showed up, like, 'They gave you a lot of money. Let's see what [you're] going to do.' But he stepped up. We accepted him right off the bat. … from the time we talked face-to-face at dinner, I think we were rolling. We were on the same mindset and the same page from the word, 'Go.' "


Allen remembered opting for his pickup truck, rather than a classic Cadillac he kept at home, for that first drive to Mankato and being surprised to see the pair of Williamses arriving in '63 Impalas.


It's then that he knew they'd be great friends.


"We got up there, we got to work, and there was an instant connection and brotherhood trying to dial up something," Allen said.


But it wasn't all work and no play…


The trio of defensive linemen recalled pranks among teammates, including Allen's bike seat being taken during his first Vikings camp.


"It was hard to prank you, Jared," Kevin responded. "You always embraced everything, and you were always looking to get somebody back, so you never were really mad about anything when they got you. They might as well look out."
You must log in or register to reply here.
Share:
Share
Top