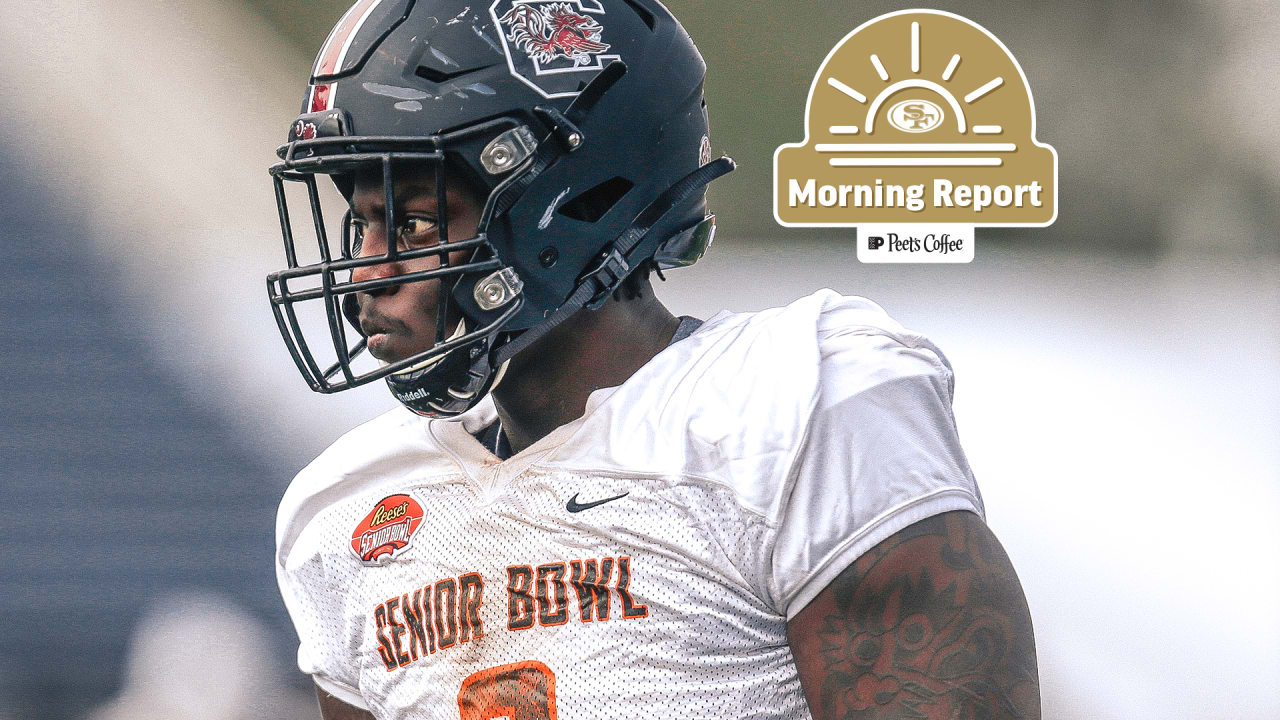 
The 49ers announced on Friday they have signed Javon Kinlaw and Brandon Aiyuk to four-year deals. Kinlaw was selected by San Francisco as the 14th-overall pick in the 2020 NFL Draft. At South Carolina, Kinlaw appeared in 37 games in three seasons and registered 93 tackles, 18.0 tackles for loss, three forced fumbles and four fumble recoveries. As a senior in 2019, the defensive lineman was named Associated Press First-Team All-America, starting all 12 games in which he appeared and registering 35 tackles, 6.0 sacks and two fumble recoveries.


Aiyuk was selected by the 49ers as the 25th-overall pick in this year's NFL Draft. He appeared in 25 games in two seasons at Arizona State and registered 98 receptions for 1,666 yards and 11 touchdowns in addition to returning 28 kickoff returns for 760 yards and 25 punt returns for 293 yards and one touchdown on special teams. As a senior in 2019, he earned Third-Team All-America honors after appearing in 12 games and recording 65 receptions for 1,192 yards and eight touchdowns. Read More >>>
You must log in or register to reply here.
Share:
Share
Top