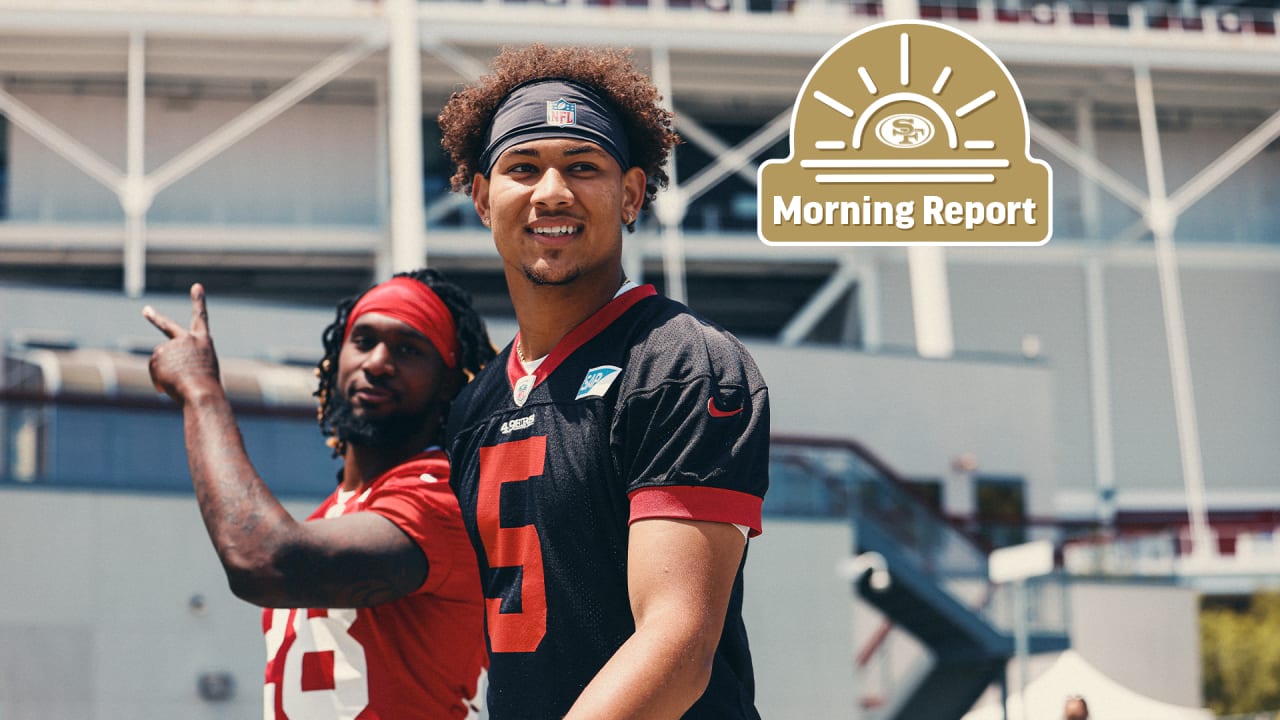 If anyone can give a precise scouting report on the San Francisco 49ers No. 3 overall pick, it might be one of the guys to catch passes from him.


On Tuesday, George Kittle was a guest on Good Morning Football where he gave a peek into what fans can expect out of rookie quarterback Trey Lance.


"I think Trey has all the attributes to be a very good, very special quarterback," Kittle said. "He's a freak athlete. I think really one of my favorite things about him right now just as a rookie, is that he takes risks. Like, he doesn't complete all the passes that he throws, but he's trying to fit into those small windows. And he's just trying to throw it as hard as he can to get it to that wide receiver going through maybe the second window. And I think that's really fun to see a guy take risks." Read More >>>
You must log in or register to reply here.
Share:
Share
Top