Sam Darnold's feeling at home, and growing into his role 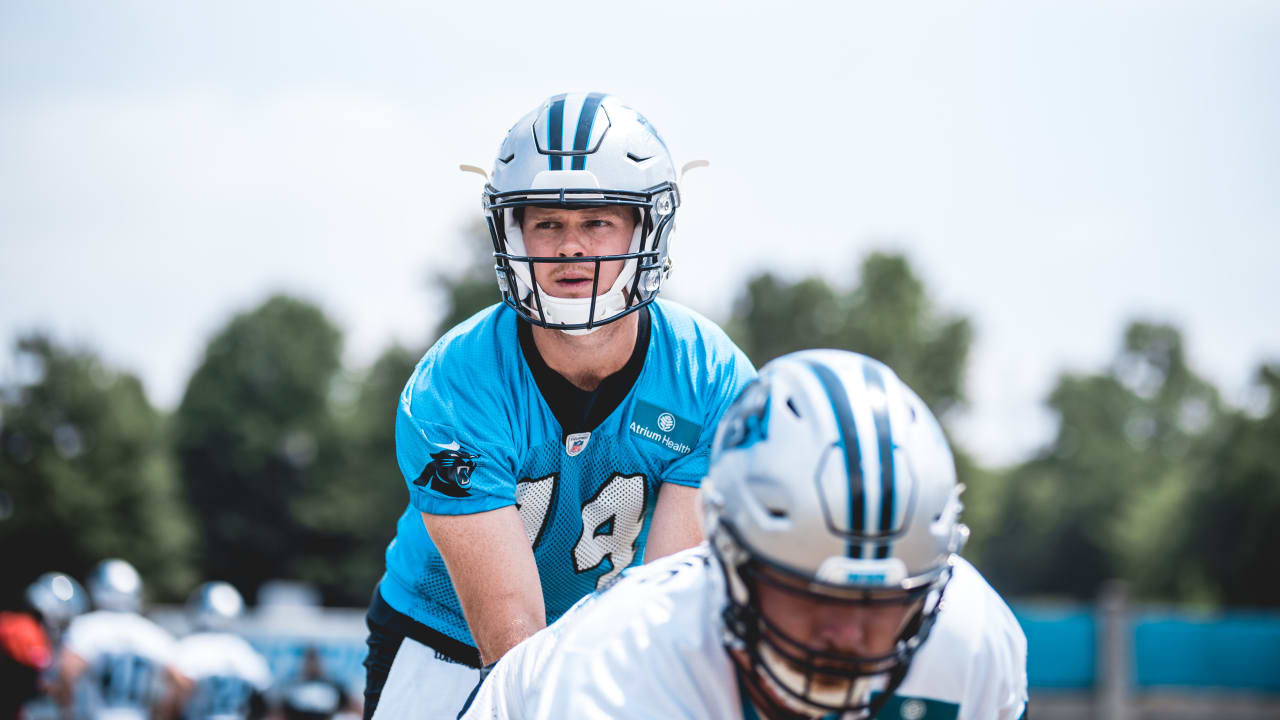 "He's so young in what we ask him to do," Panthers head coach Matt Rhule said Tuesday. "But he's so young and has a great work ethic. He might have experience, but you don't have experience in what we do. Every bit of experience Sam has, he can draw from it, but he's done a great job with us saying 'Hey what's the cadence, how do you want me to drop,' and those things. That's good. That allows us to develop him really from the ground up.


"He's a great guy great arm talent. Very likable, and he works hard. He wants to be good. He doesn't want to not have a good rep. Everything we heard about him is what we're seeing."


The same is true for Darnold. The things he heard about coming to Carolina — namely having more skill position talent around him — is evident. He had the chance to work out with running back Christian McCaffrey before he arrived for the offseason program, and you can tell he enjoys it.


Darnold had a bit of time with late-stage Le'Veon Bell in New York, and sees a younger version of that kind of dual-threat back in his new teammate.


"Christian, he's different," Darnold said. "He can do some freaky things on the field, and he's fast, he can run routes."


And that all helps.


But so much of what the Panthers are building depends on Darnold being a better version than he was in New York, where he threw to the other team too often (39 interceptions in three seasons), and wasn't able to lift that franchise up. That's why they were willing to trade him and cast their lot with a new rookie quarterback savior (Zach Wilson) this year.


So now, he's learning this system, spending time with offensive coordinator Joe Brady going over the things he likes and the things he's less comfortable with. The arm strength is evident, even in the more relaxed atmosphere of an OTA workout, where the the only real heat comes from the unseasonably high temperatures, and not a pass-rush or the glare of the spotlight. 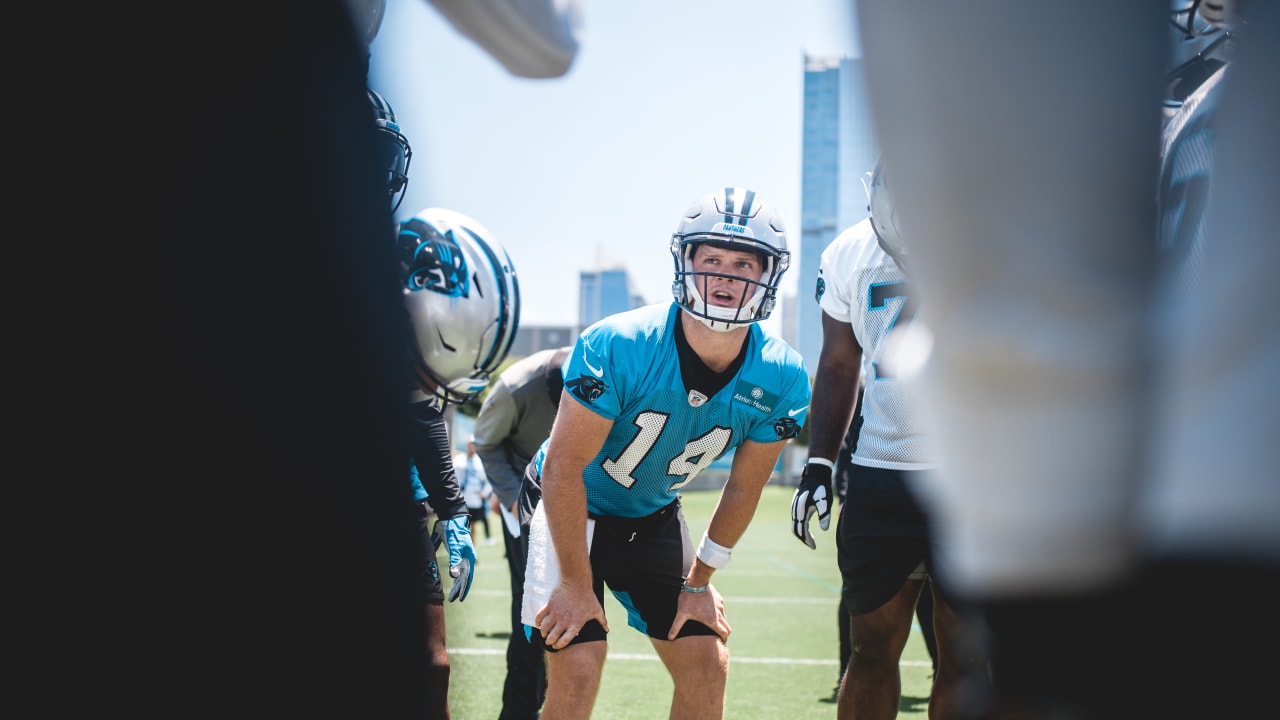 Former Jets teammate Robby Anderson said he could tell an immediate difference in his old friend when he arrived here this week. He was there when Darnold arrived in New York as the third overall pick, with a mandate to save a city. Now, he just gets to be a quarterback, so that has to be easier.


Darnold laughed Wednesday when asked how he'd describe his own aura, saying: "Awesome."


It was the kind of easy laugh of a man who feels comfortable here, and finding his way into a new place which reminds him of his Southern California roots.


"The guys in the locker room are awesome, the coaches are great, so it feels great here," Darnold said. "It feels like home here in Charlotte, and like I mentioned, there's something about this place that's very positive.


"I like it here, and I'm going to continue to feel at home, I guess."

I never liked Darnold from the start. There was a reason why he was cut, and watching film on him showed exactly why. The decision to amble on him was based lack of alternatives and hope based on desperation. The same thing can be argued for Carolina's decision to bring back Newton. Carolina leveraged its future on Darnold in an 'all or nothing' trade deal that surrendered valuable draft picks, and now Carolina has nothing of serious value to trade to get back draft picks to dig us out of the hole we are now in.

I predict neither Darnold no Newton will be on the roster next season. Carolina's needs are many and draft picks are few. I suspect that means we will have some other journeyman or 'discount' QB next year. Carolina's draft strategy has been questionable for years which, IMO, has led in part to where we are now. 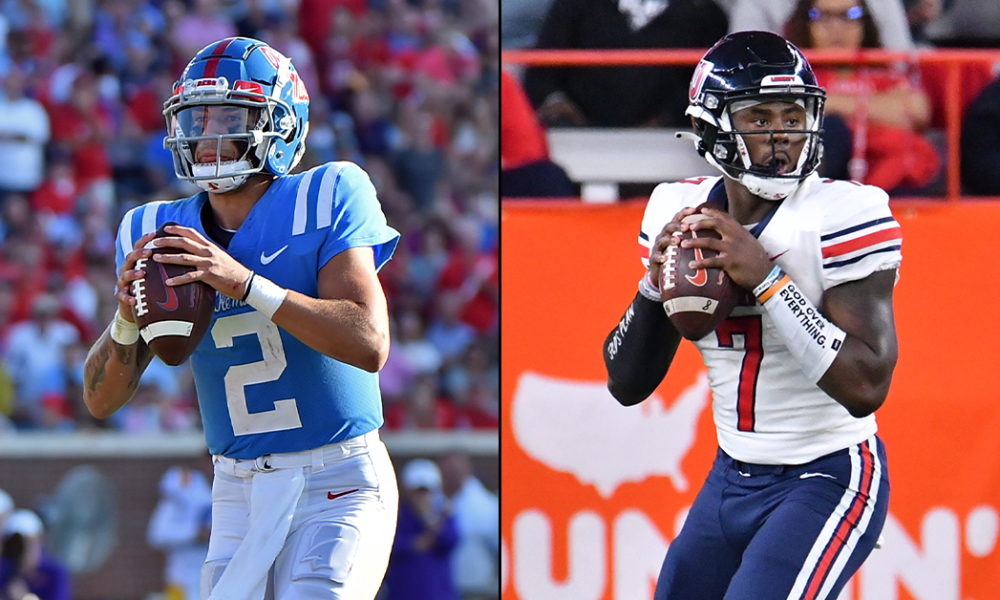 Who is the best quarterback in NFL Draft? Malik Willis or Matt Corral?

Malik Willis is one of the most electric players in college football. He is not the biggest player standing at 6’1 and weighing only 215 pounds but he can make every NFL throw and he can absolutely kill you with his legs. We have noticed that smaller quarterbacks lately have been getting more...

Several sites are predicting one of these 2 QBs will be picked by Carolina, with Malik Willis having the edge right now.

Sam Darnold has been placed on IR due to a fractured scapula. Carolina's QB Depth Chart currently consists of:

1) Cam Newton
- Despite being benched in Miami the team feels (hopes) Cam's woes are a result of just recently being signed and a lack of time working with the team. Newton's best days are gone, but does he have enough to successfully manage the offense and win?

According to SI.com:
"Regardless of how Newton and Walker perform in the final seven games of the season, it seems unlikely that Darnold will be back with the team in 2022."

Does Sam Darnold have any trade value or will he simply be released?
- Having his 2nd team give up on him now (and) based on his performance, I think he will be a costly 'release'.

Does Carolina now count on Cam Newton being good enough to be Carolina's signal caller for 2022 in order to use its top remaining picks to address other needs, like OL?
- Most of the current draft sites have Carolina's 1st pick being OT Miss State's Charles Cross. Several NFL sites have Cross listed as the 3rd best OT available....right now. (The draft is a long way off.)


Back to Darnold....poor showings on 2 NFL teams and now placed on IR? If Carolina decides to roll the dice on Newton, Darnold is, IMO, gone.
You must log in or register to reply here.
Share:
Share
Top