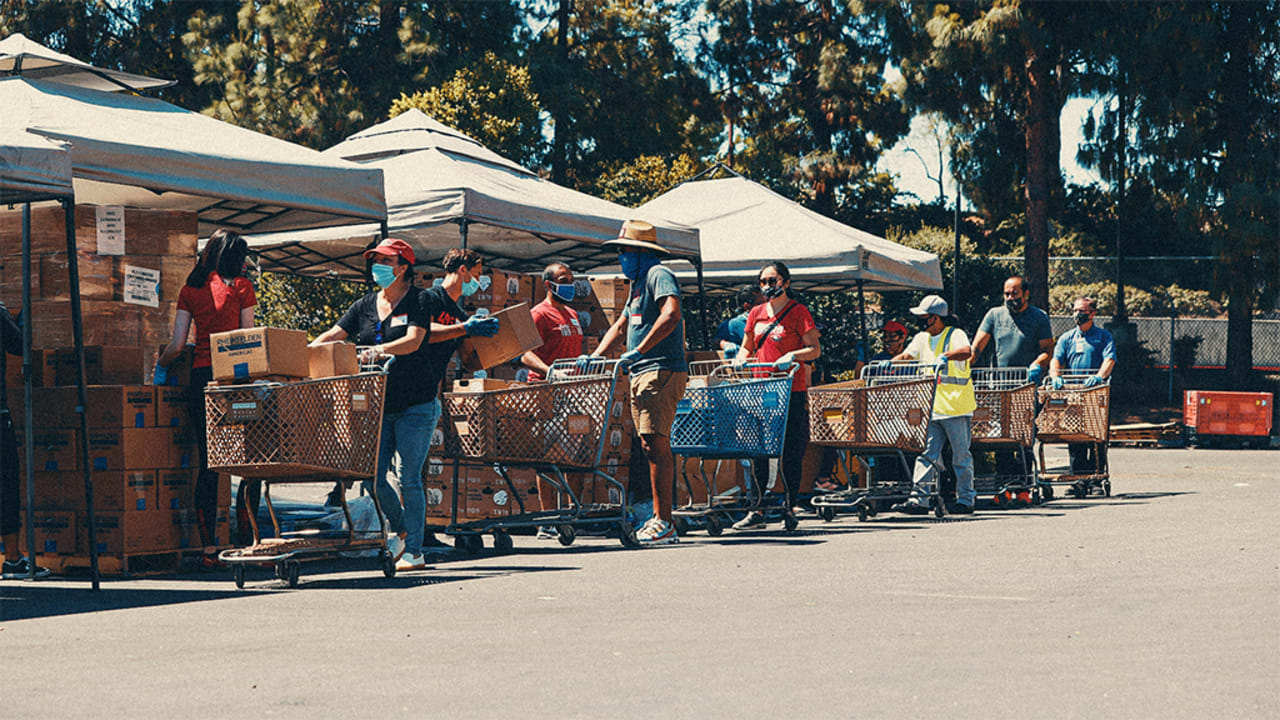 The San Francisco 49ers and U.S. Bank, the long-time official banking partner of the 49ers, today announced a season-long community partnership to positively impact the Bay Area community. Throughout the season, U.S. Bank will have an integral role in several of the team's weekly Community Tuesday events.


The partnership kicks off today with the team's first Community Tuesday event of the season with an Operation HOPE Youth Workshop. In partnership with Operation HOPE, players joined high school athletes from Student Program for Academic & Athletic Transitioning (SPAAT) based in Oakland, California for a virtual financial coaching session to support their economic advancement, one of the three pillars of the team's social justice efforts. Youth were taught that it's never too early to start thinking about their financial wellness and were given tools to start their journey to financial independence and reach their personal aspirations. Operation HOPE and SPAAT are also recipients of the team's Social Justice grants that were awarded last week as a part of the team's $1 million commitment to organizations creating societal change.


"The San Francisco 49ers are taking an incredible leadership role in addressing social and economic inequities, which directly aligns to our focus at U.S. Bank," said Chris Lee, U.S. Bank head of sponsorship and experiential marketing. "We are especially excited to partner with the organization and Operation Hope on helping young people gain more confidence with financial education which we believe is an investment for our collective future."


The community partnership between the 49ers and U.S. Bank is a natural fit as U.S. Bank is already the presenting sponsor for one of the 49ers Foundation's two direct programs, 49ers PREP. Thanks to the support of U.S. Bank, 49ers PREP has impacted more than 130,000 Bay Area youth since 2014.


"We are very excited to further expand our partnership with U.S. Bank while extending our impact in the Bay Area," said Jenni Luke, 49ers vice president of community impact. "They have been such incredible partners over the years with our 49ers PREP program that we jumped at the opportunity to further integrate them into our work in the community during such challenging times."


This season, the 49ers with the help of U.S. Bank, will be focusing its community efforts on the following areas: social justice, Covid-19 and fire relief. To learn more about the 49ers impact in the Bay Area community, visit 49ers.com/community and follow @49erscommunity on Twitter.
You must log in or register to reply here.
Share:
Share
Top