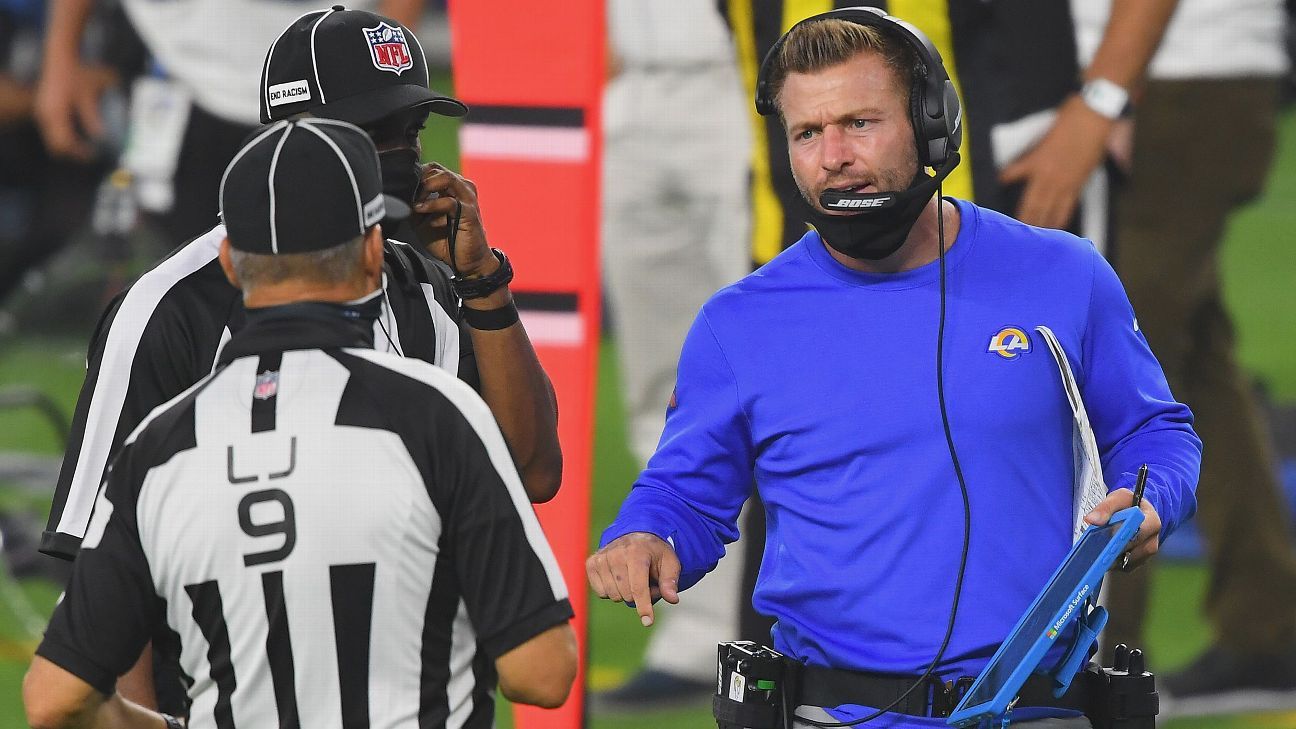 The NFL has issued another strong warning to coaches who won't wear masks on the sideline during games, threatening suspensions and forfeiture of draft picks as punishment for failing to comply with COVID-19 game-day protocols, according to a league memo obtained Wednesday by ESPN's Adam Schefter.

The strongly worded memo, sent to coaches, general managers and team executives by NFL executive vice president Troy Vincent, includes a passage in which the NFL says it will "address lack of compliance with accountability measures that may include ... suspensions and/or forfeiture of draft picks."

It marks the second time this month that the NFL has warned coaches to comply with coronavirus-related protocols by wearing a mask on the sideline.

"Both our own and independent medical advisors have emphasized the need to remain vigilant and disciplined in following the processes and protocols put in place by agreement with the NFLPA as well as by state and local governments," Vincent wrote in the memo.

"We are only through Week 3 of the season. If we are to play a full and uninterrupted season, we all must remain committed to our efforts to mitigate the risk of transmission of the virus. Inconsistent adherence to health and safety protocols ... will put the 2020 season at risk."
You must log in or register to reply here.
Share:
Share
Top