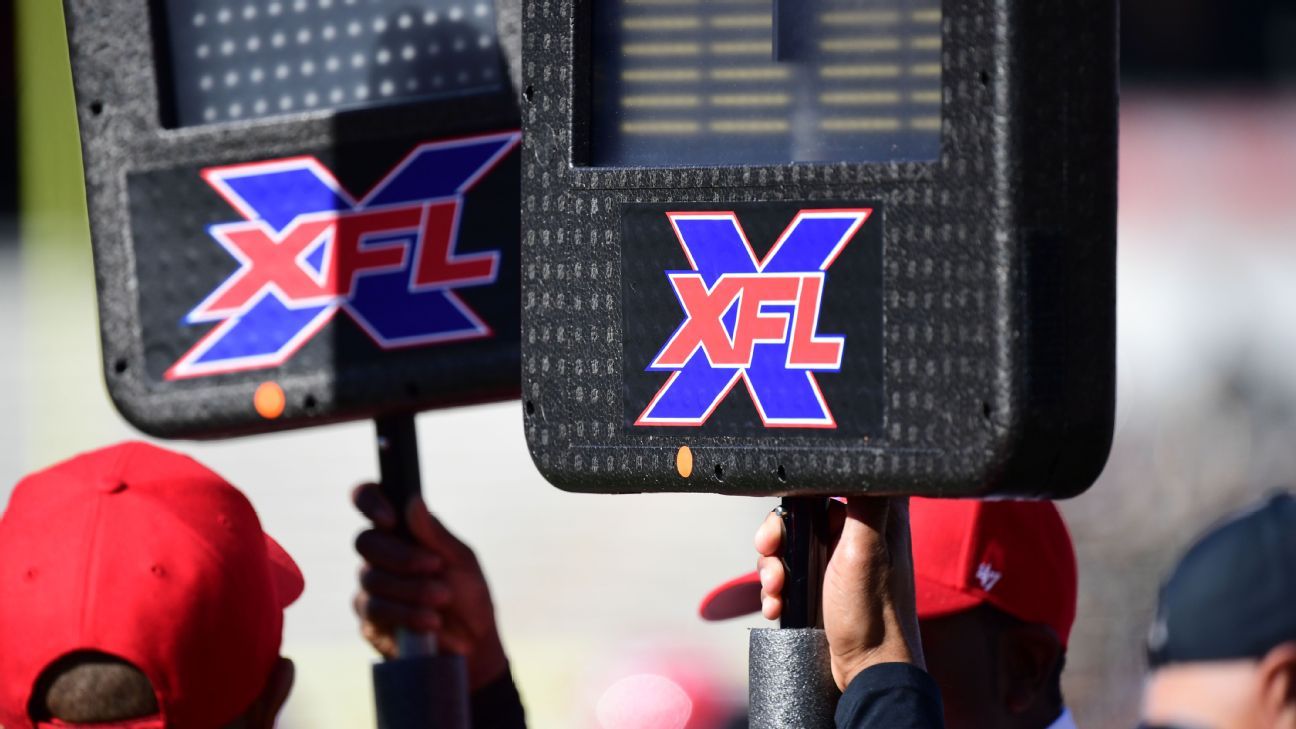 The XFL canceled its regular season Thursday amid the spread of the coronavirus.

The move followed similar cancellations and postponements by the NBA, NHL, NCAA, MLS and Major League Baseball, among others.

In its first season since its aborted debut in 2001, the XFL completed half of its scheduled 10-week season. It had been slated to conclude April 12 before two weeks of postseason play. There was no immediate word Thursday about a potential attempt to conduct playoffs.

The XFL has given its players approval to sign with NFL teams any time after they pass exit physicals Friday, sources told ESPN's Kevin Seifert. Originally, XFL contacts said players could not sign with NFL until after the XFL playoffs.

Despite the cancellation, the league said all players will be paid their base pay and benefits for the regular season, while ticket holders will receive refunds or credit toward future games.

"The XFL is committed to playing a full season in 2021 and future years," the league said in a statement.

Overall, ABC and ESPN networks averaged 2,084,000 viewers per game in Weeks 1-4. Fox networks have averaged 2,019,000 per game. According to the league, all 10 of its broadcast games during that period ranked among television's top 10 shows that week, as did four of the six on cable.

The XFL is owned by Vince McMahon, who also runs the WWE. The wrestling company announced earlier Thursday that it would "remain committed" to holding WrestleMania 36 on April 5 at Raymond James Stadium in Tampa, Florida.

The XFL did not mention the coronavirus in its statement or cite a specific reason for cancelling the season on Thursday.
You must log in or register to reply here.
Share:
Share
Top