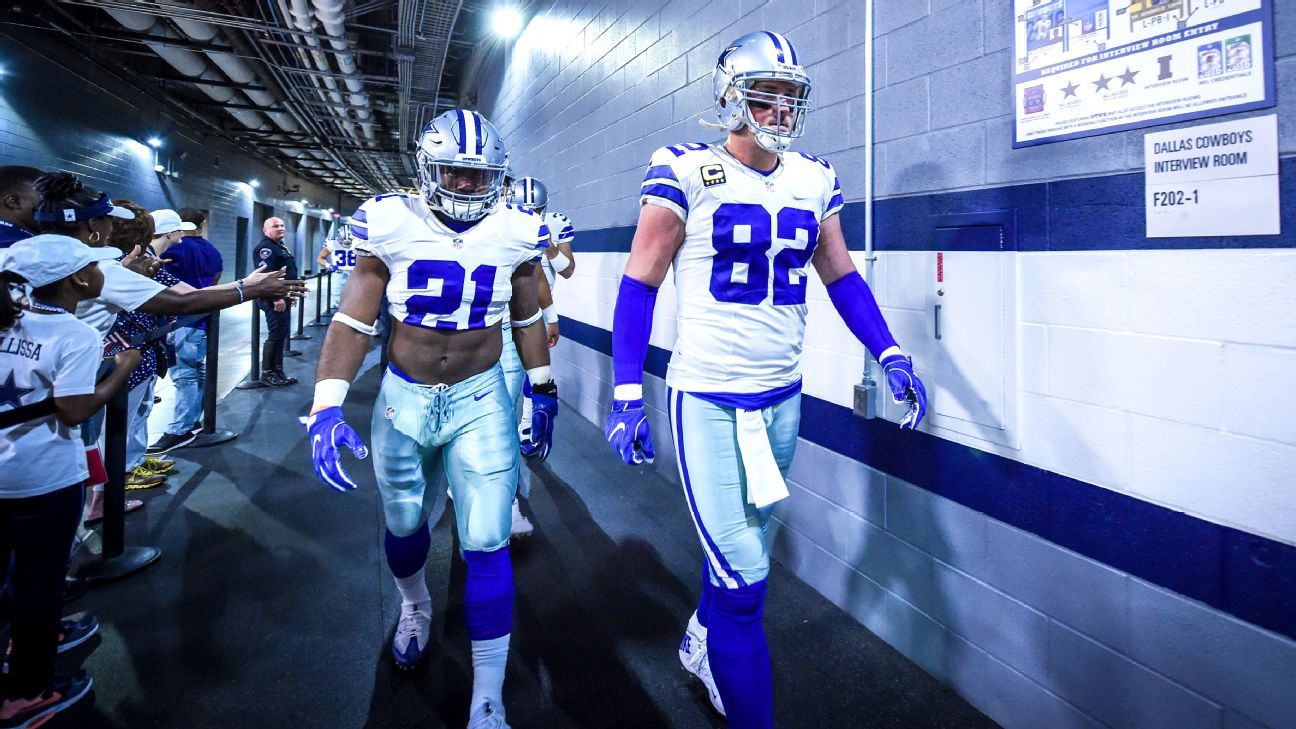 FRISCO, Texas -- The pointed comments made by owner and general manager Jerry Jones about the Dallas Cowboys coaching staff after Sunday's loss to the New England Patriots have not affected the players in the locker room.

"Passion, emotion, the energy he brings, that is Line 1 for Mr. Jones, I feel like from my perspective," tight end Jason Witten, who has played 16 years for the Cowboys, said Tuesday. "He wants to win. He expects to win. He feels like he's put a great team together, which he has, and we haven't played to our expectations of where we should be. That's completely fair. I think it's just the raw emotion of it all. He's been around a lot of great football and knows what he wants it to look like."

After the game, Jones called Patriots coach Bill Belichick "masterful" and said the 13-9 loss was a "significant setback," while calling into question the Dallas coaching staff, particularly with special teams after a blocked punt led to the game's only touchdown.


"With the makeup of this team, I shouldn't be this frustrated," Jones said after the loss.

Over the past two days, head coach Jason Garrett, who does not have a contract beyond this season, has been asked about Jones' comments and gave similar answers.

"We just focus on what we need to do to coach and play our best and get ready for this ballgame," Garrett said Tuesday. "Buffalo's a good football team, so we'll just keep our attention right there."

Running back Ezekiel Elliott said he was unaware of what Jones said but admitted there is frustration with the Cowboys' 6-5 record.

The Cowboys are in first place in the NFC East over the Philadelphia Eagles (5-6), but they have yet to beat a team with a winning record. They have lost in their four chances against the New Orleans Saints, Green Bay Packers, Minnesota Vikings and Patriots.

The Bills are 8-3 and are one of two teams currently with a winning record remaining on the Cowboys' schedule. They play the 6-5 Los Angeles Rams on Dec. 15.

"You have to be a team that wins those games, and right now we're not," linebacker Sean Lee said. "We need a find a way to do that ASAP because teams who win and get into the playoffs and then win in the playoffs, they win close games. So we need to get there."
You must log in or register to reply here.
Share:
Share
Top